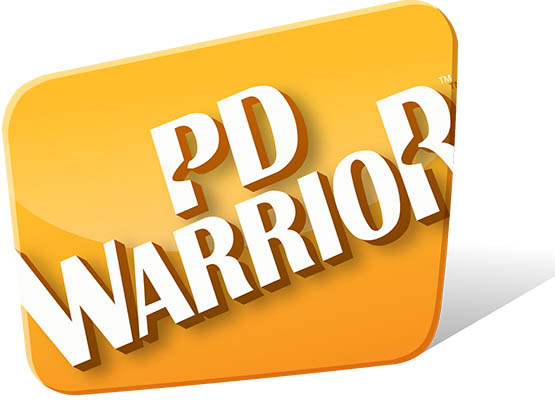 What is PD Warrior?

PD Warrior is an advanced exercise program that incorporates physical and cognitive activity for people in the early stages of Parkinson’s. PD Warrior was developed, and continues to evolve, with the most recent evidence, that is revolutionising how neurologists and health professionals manage Parkinson’s.

What can I expect from PD Warrior?

At its core, PD Warrior is an intensive circuit program designed to combat the symptoms of Parkinson’s. PD Warrior deciphers the evidence around the parameters of exercise that are most effective in the early stages of Parkinson’s. The evidence shows that intensive and complex exercise has the potential to slow the progression of your symptoms by using neuroplasticity – your brains ability to reorganise & generate new pathways.1,2

You can expect to see your PD Warrior instructor for an initial 1:1 assessment to determine your baseline ability & guide our focus, again at another couple 1:1 sessions to learn the core exercises and if interested, continue your exercise at our weekly group circuit class.

What is different about PD Warrior to other exercise?

It is because of this that multi-task training: performing multiple tasks simultaneously, is such a big part of PD Warrior. We use any combination of lower limb movement, upper limb movement and mental processing to challenge you to improve your ability to process other tasks while completing an automatic movement.

Who is PD Warrior for?

In studies, high intensity exercise, like PD Warrior, has been shown to improve tremor, bradykinesia – slow movement, balance and rigidity.3

Given the intensity & complexity of the exercises within PD Warrior, the program isn’t for everyone. PD Warrior is optimal for those who:
•  Are newly diagnosed with Parkinson’s
•  Can maintain balance without a mobility aid
•  Are motivated to combat their symptom progression

PD Warrior can still be beneficial for those whose balance requires they use a mobility aid like a four-wheel walker, but they may not be safe to attend our group circuit class. Our physiotherapists will see these patients for 1:1 consultations and may progress to the group exercise class when the patient’s improvements in balance allow so.

Call us at Wellers Hill Physiotherapy on 07 3892 7501 for further details and to discuss your Parkinson’s with PD Warrior instructors Kath Armstrong and Lauren McGregor.